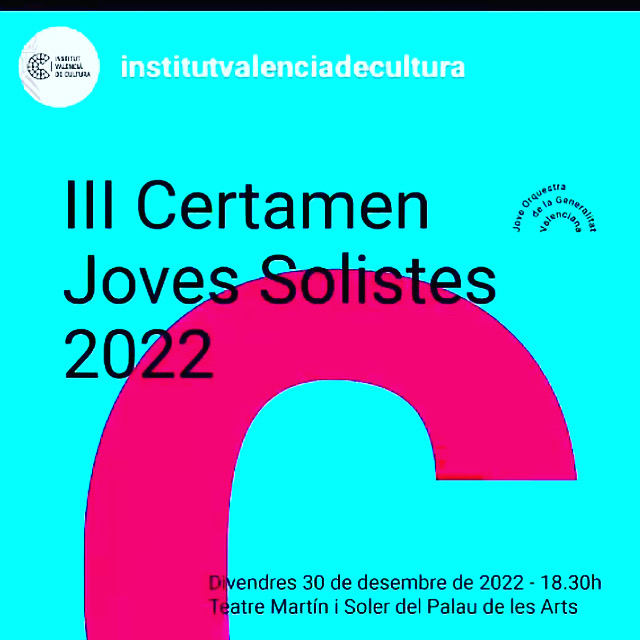 The biannual competition is organised by the Valencian Youth Orchestra (JOGV)

Òscar received the invitation to be a member of the jury of the III Young Musician Competition in València, which started in 2017 with the aim of promoting young musicians and supporting them at the start of their career.

On this occasion, each of the six finalists performed at a concert-audition held at the Martín y Soler Theater of the Palau de les Arts in Valencia, on December 30, 2022.

The prize was awarded ex-aequo to Ausiàs Parejo (guitar), and Carlos Vidal (cello).