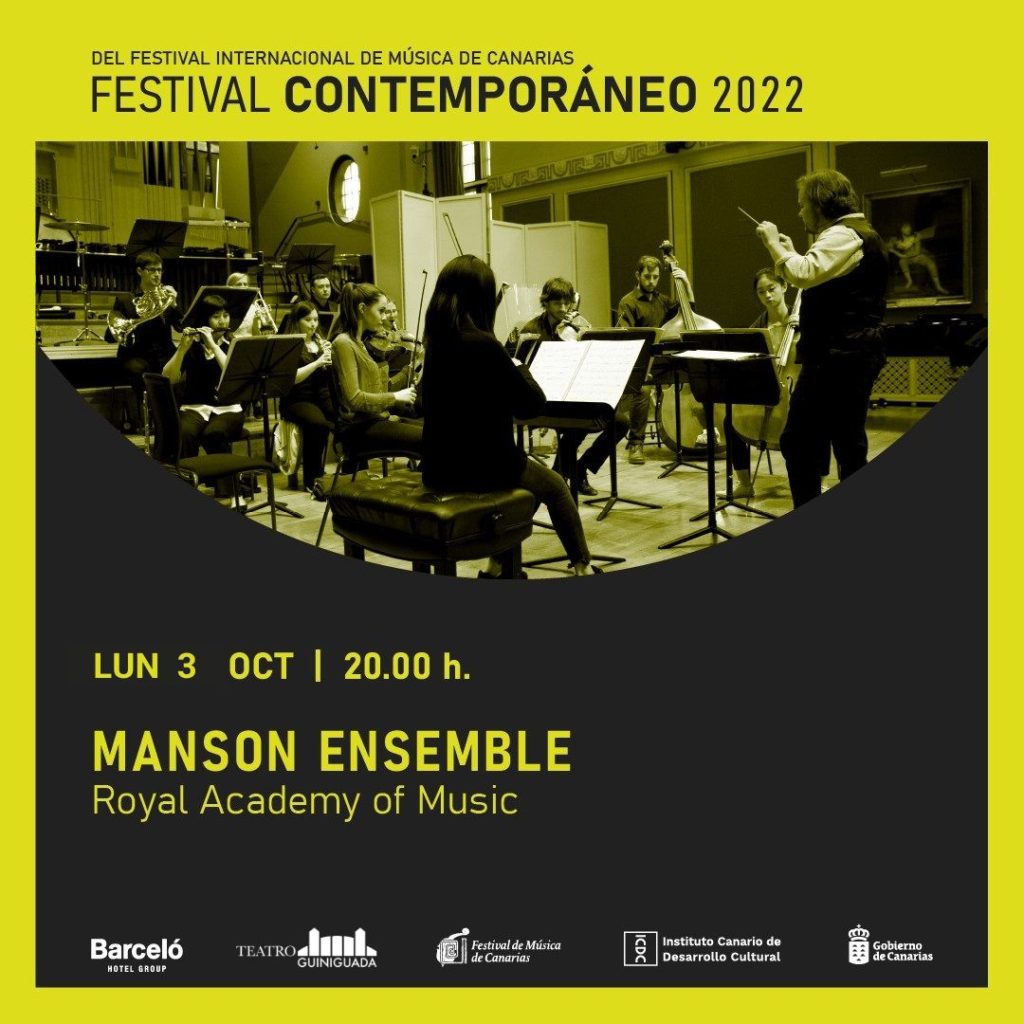 The piece was dedicated, with warm affection, to Simon Bainbridge, on the occasion of his 68th birthday, and was written during August 2020 in Massarrojos (València) and Madrid. Down Fifth Avenue takes its title from a memorable joint visit to New York and Yale University while Òscar was undertaking doctoral studies with Simon (as part of a transatlantic partnership between the two institutions).

The II Contemporary Festival of the Canary Islands presents the Manson Ensemble, the specialist contemporary music ensemble from the Royal Academy of Music in London, conducted by Aaron Holloway-Nahum. They are accompanied by Philip Cashian, Head of the Composition Department of the Royal Academy, who will give a masterclass on October 3 for CSMC students in Gran Canaria, also within the framework of the Festival.

Òscar was Professor at the Royal Academy of Music Composition Department from 2013 to 2020, when he relocated to Spain to take up the post of Dean at the Reina Sofía School of Music.