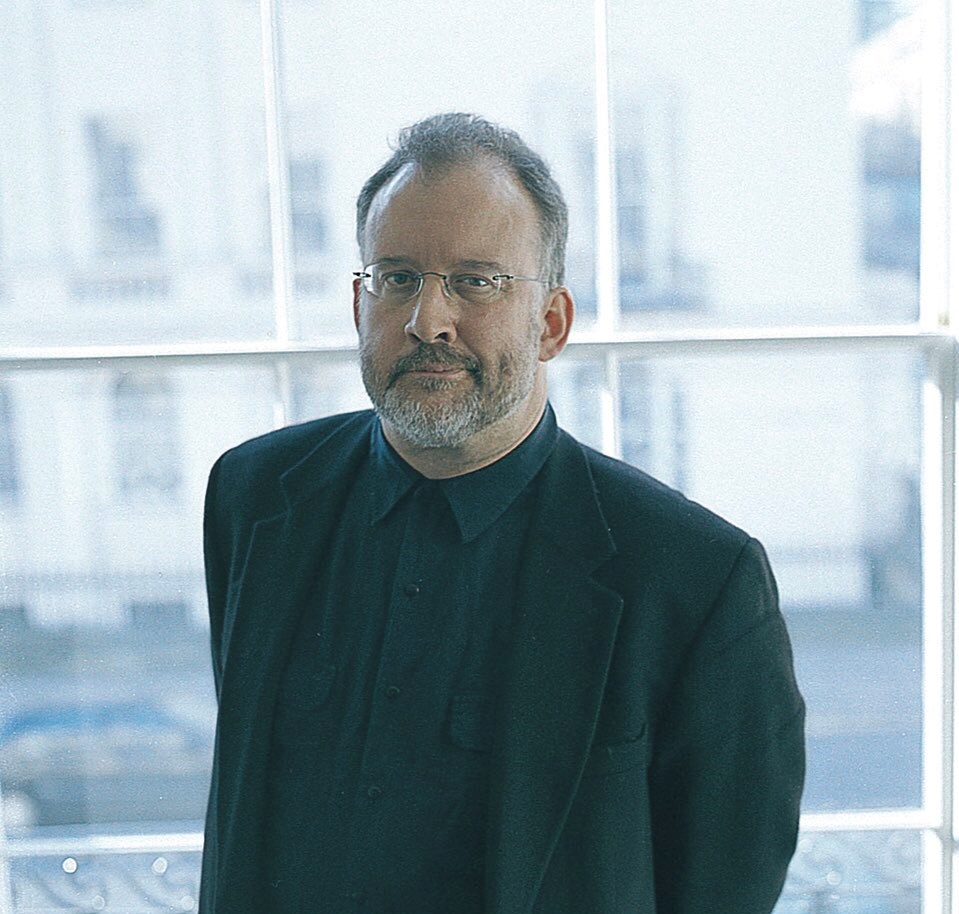 I first met Simon Bainbridge in 2005, while working on a piece for the Philharmonia Orchestra Music of Our Time Series. He had been booked to mentor the group of young composers while we worked on the commission and, immediately, we clicked in the way we thought of music, material, craft and narrative. It felt as if I was not having so much a ‘masterclass’ but sharing the excitement of composing, of putting together sounds with another, much more experienced –and simultaneously, still, cheeky and playful like a toddler – version of myself. Simon’s passion for detail and craftsmanship and the vividness of his aural imagination captivated me. I had been listening to his music in the Guildhall library (when wandering what my next steps could be after completing my MMus there with Malcom Singer) and, after that single session, I left knowing that I wanted to study a PhD with him at the Royal Academy, where he was then Head of Department.

Since I started to study with him in September 2006, I found not a teacher. He was a colleague, a mentor, a supportive friend and confidant. And beyond, it was as if I had found a true friend in the playground of music, a friend with whom to share, unmediated, all my enjoyment of and curiosity for music. Simon’s continuous, unbound excitement about sound, and the infinite possibilities open to those playing with it made each exchange uplifting and inspiring.

The lessons were wild and wide-ranging chats on arts, literature (he shared my love of Borges and the Latin-American classics), cinema (Wells, Hitchcock, Lynch), philosophy and sociology (Eco, Baudrillard), peppered by constant references to the ‘old masters’ be them composers, conductors or performers, and always underlined by a great respect for – the today denigrated idea of – ‘craftsmanship’. His knowledge of historical recordings was vast, and we used to end our sessions by setting-off in all sorts of phonographic directions (often coming back to Maderna’s recording of Mahler 9th, and the famous anecdote of the Italian composer-conductor once not cueing the double-basses because the size of his belly preventing him from reading the last line of the score!).

Simon would not really ‘teach’, or ‘intervene’ while I was writing a piece, but after humming discreetly and waving his hand while looking at the score, he would make a very generic suggestion. I learned quickly that behind the apparent vagueness of the remarks there were, more often than not, rather profound implications which one would do well in trying to work out in full for oneself. This was wholly Socratic teaching, as while working those solutions in full, one would not ‘just’ implement Simon’s recommendations, but one would dig out from within the solutions as to what could be improved in the piece.

It was a privilege that, later on, we worked together at the Royal Academy of Music, teaching there alongside him and other great musicians who I deeply admired. I looked forward every week to the lessons with the students, and the unofficial staff get-togethers in the Academy bar after the teaching, where we would always catch up, exchange ideas and share news.

Simon the man was both a shy and a larger-than-nature character, an animated and kind host, the legendary raconteur of the most belly-splitting, cracking stories and musical anecdotes, a superb pasta cook, an unconditional Indian food lover (he enjoyed his regular haunt behind Euston Station), if he could occasionally display a slight melancholy in front of certain attitudes or changes in the world he could not understand, not really want to get behind. And there were always his cheeky eyes, which would light-up with the readiness of two small fire-crackers, full of the light-heartedness of a naughty schoolboy – very much like those of Igor Stravinsky, one of his all-time heroes.

Simon Bainbridge leaves us a phenomenal body of work that deserves much wider recognition and dissemination. His is music of phenomenal inventiveness and sonic imagination, sculpted with tremendous craftsmanship and mesmerising detail, imbued with a powerful, raw emotional quality. Music totally uncompromising in the difficult balance that Simon sought out to achieve: write music with its roots deeply steeped into tradition, which took full ownership of the avant-garde, and which perennially searched for a direct, unmediated emotional impact on its listeners.

But his legacy is also that of a great enabler, mentoring and nurturing generations of composers. I leave here as a small tribute, my ‘Clothes Crying Slow, Dirty Tears’, which I wrote while studying with him and which he completely lifted up and transformed in a few seconds, by saying just a few words by way of half a comment, all while characteristically rubbing his middle and index fingers intensely against his thumb.

All my love goes out to Lynda, Becky and the rest of his family.

Fare thee well, Simon. And thank you for everything.