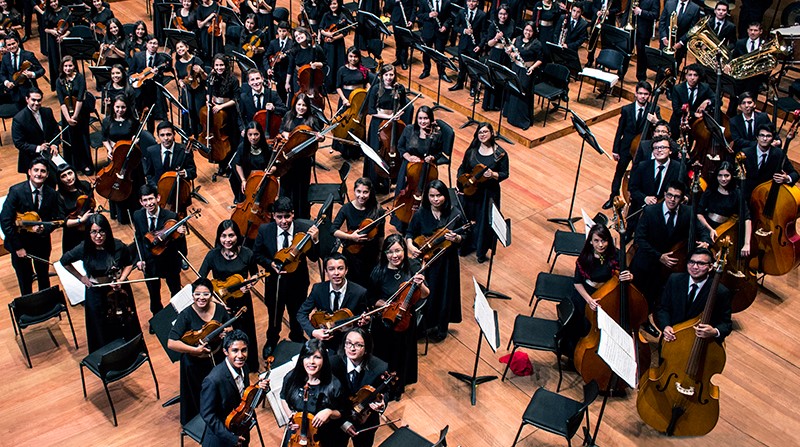 A 40-member ensemble, the core of its repertoire are pieces from the Classical Period and the Romantic style, particularly from composers such as Beethoven, Mozart, Haydn, Mendelssohn and Brahms.

The Philharmonic Youth Chamber Orchestra is a 20-member ensemble of bowed string instruments that generally perform a repertory of pieces ranging from the Baroque Era to Contemporary works as well as compositions from Latin America and Colombia.

A few of the many Colombian composers whose works have been performed by the Orchestra are Pedro Sarmiento, Fernando León, Felipe de Hoyos and Francisco Lequerica, among several others.

The ensemble has premiered works by Colombian and Latin American composers such as The Three Colombian Dances by Fernando León Rengifo, Trilogy of Andean Dances by Jorge Andrés Arbeláez and Fantasy for Classical Guitar by Jorge Cardoso.