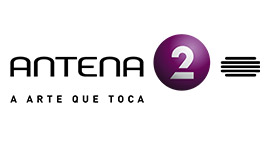 Geografia dos Sons is a programme presented and produced by Luís Tinoco (composer and broadcaster), which devoted a series of episodes to explore Spanish contemporary music, including works by Òscar and by other established Spanish composers such as Jesús Rueda, Ricardo Climent, José Antonio Orts and Joaquín Lambíes. In this closing episode, it featured Òscar’s Cantus, written in 2004, and recorded live at the Wigmore Hall by violinist Anna-Liisa Bezrodny and the Guildhall New Music Ensemble, conducted by Maxim Risanov.

Òscar is very grateful to Luís Tinoco, presenter at Antena 2 of Geografia dos Sons for his open support and kind interest.

Below, excerpt of the programme, featuring Òscar’s work: (Audio in Portuguese):