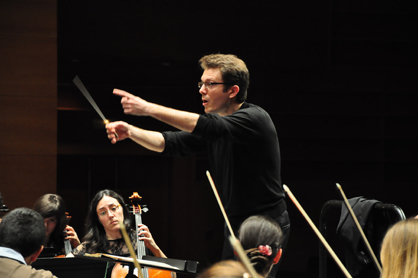 After a week of intense rehearsals with the students, Òscar conducted the concert, part of the ‘Great Projects’ series, crowning the Conservatoire’s Contemporary Music Season on the 21st of March, 2015.